After college, Greg became a substitute teacher. He worked with different age ranges -- including middle school students. Greg's efforts with students & in the community have been featured by media like Education Week and Good Morning America.  He is a recipient of the Jefferson Award for Public Service. The books based on Greg's story reflect on his own experiences as a student as well as his later efforts as an educator working with students. SCROLL DOWN 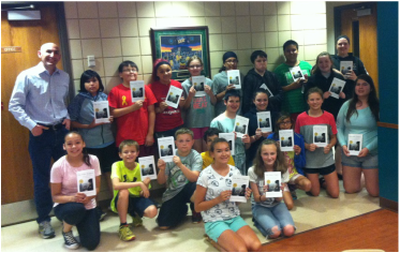 ​Geared toward 5th-12th grade, The First Thirty was NSDLC Multicultural Relations Book of the Year.  Middle schools have gotten the books (and in some cases, the companion workbooks - A Place To Sit) for a particular class, one grade or the entire school. Many nonprofits serving this age range have gotten copies for after-school &/or summer programs. In some cases, schools have given the books as graduation gifts for students completing middle school. In other cases, local organizations have given them to kids as part of an award. For example, a Chamber of Commerce got copies for 5th-8th grade students they honored for qualities like kindness & leadership. SCROLL DOWN 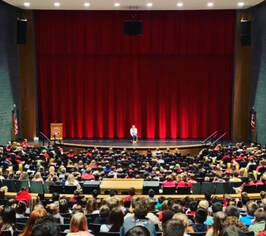 To see how Greg has collaborated with schools & nonprofits on activities for middle school-aged students during the pandemic, click here​