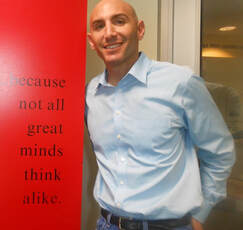 ​When Greg was a child, it became clear he 'thinks & learns differently'. He learned how to navigate that path, but it was still not always easy for others to see his potential.  At 18, he was rejected from every college he hoped to attend. He did not give up and found a school that would give him a chance. After he graduated college, his path came full circle when he became an educator & the head of a foundation helping students pursue their educational dreams.  SCROLL DOWN 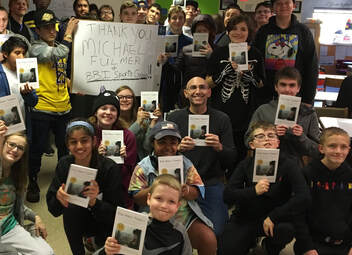 ​The books based on his story, The Silhouette Man (and its condensed edition for students, The First Thirty) have been used at schools that value students who think & learn differently (i.e. a school for students with autism & learning differences got copies for its staff & students). The books, workbooks &/or posters have also been used by nonprofits (i.e. a chapter of Special Olympics) for their Board, staff, the people they serve &/or local students. SCROLL DOWN 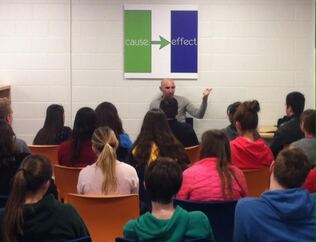 ​Greg has done book signings (i.e. Bluegrass Autism Walk), spoken at schools for students who think & learn differently (i.e. school assemblies, graduations), spoken at events for college students focused on 'thinking methodologies', and spoken at events for parents, educators & future educators (i.e. National Conference on Family Literacy). He has been featured by media like Education Week. He has written for the media as well (i.e. article about an artist whose projects are inspired by his son who has autism). During the pandemic, nonprofits (i.e. The Arc of Norfolk) have used the books & partnered with Greg on 'virtual' events.
​LLEANNA McREYNOLDS, HEAD OF SCHOOL, RAINTREE MONTESSORI SCHOOL: "The Silhouette Man is a must-read for parents, grandparents and teachers. A testament to what a kid who thinks differently can achieve.  'A Beautiful Mind', set in the world of volunteerism and philanthropy...."