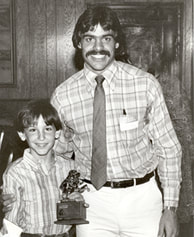 ​
CHILDHOOD: As a child, Greg learned firsthand that an athlete can have an immense impact in the community. Due to his efforts to raise money for charity through a Read-a-thon, he got to spend time (photo) with NFL players over the course of several years. They encouraged him to continue those educational & civic efforts helped spark his lifelong interest in reading, volunteerism & philanthropy. Scroll Down 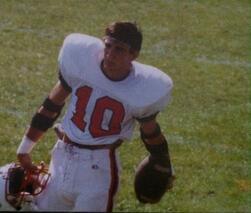 ​PARTICIPATION: Throughout his life, Greg has actively participated in athletics -- from Little League as a child, to three varsity sports as a teen, to a number of sprint triathlons as an adult. Click here to read the USA Triathlon article about one of those races. He has had other fun sports-related experiences including: Honorary Bat Boy for a Day for the Chicago Cubs, throwing out the first pitch at a Chicago White Sox' AAA affiliate game, and an all-in-fun "tryout" with the Minnesota Twins' AAA team'. Scroll Down 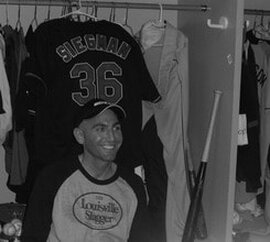 ​
​SPORTS & CIVIC ENGAGEMENT:  On the civic side, sports (basketball, in particular) had a major role in the mentoring program that Greg started. Prominent figures in sports & fitness including active & retired pro athletes have served on the Scholarship Boards of the foundation he started and/or have contributed to the foundation. Scroll Down 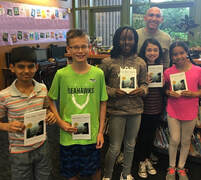 BOOKS:  Individual athletes who have competed in the Olympics &/or pro sports like MLB and NFL - as well as - a number of pro teams in MLB and NFL - as well as - nonprofits founded by former pro athletes, health clubs & other organizations in the health & fitness arena have gotten Greg's books, workbooks &/or posters for local youth. Others (e.g. a collegiate soccer team) have gotten the books for their own student-athletes.  Scroll Down 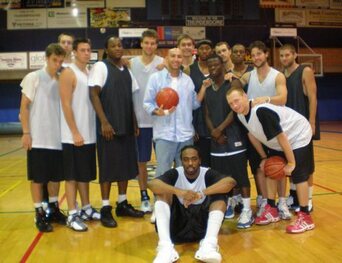 ​​EVENTS: Greg has spoken at events for student-athletes at different universities and events for those in health-related fields (e.g. conference for nurses). At times, he has been one of multiple speakers at an event. In those cases, the other presenters have included former college football head coaches. Scroll Down 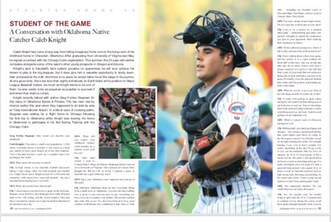 ​ARTICLES & INTERVIEWS: Greg has written profiles or conducted interviews for different publications including Oklahoma Sports & Fitness Magazine. The profiles/interviews have included ones about/with a collegiate student-athlete, a basketball camp owner, a minor league baseball player, an NBA assistant coach, an MLB staff member, and an NFL executive. In one instance, Greg wrote a column about the lessons learned from time he spent in a wheelchair after foot surgery.  He also did a photo/journal essay for a newspaper about Friday Night Lights high school football in Texas.