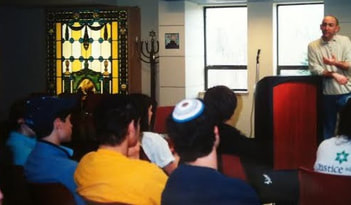 ​Greg is Jewish. As a teen, he visited Israel (for his sister's Bat Mitzvah). In college, he joined ZBT. At the organization's national convention years later, he was named its annual Man of Distinction. He has been featured by media such as The Washington Post and Jewish Journal. He has written for the media as well (e.g. Canadian Jewish News). SCROLL DOWN​ 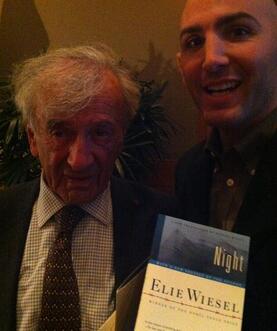 He has spoken at events involving Jewish leaders and/or Jewish audiences of all ages -- including youth groups, teen philanthropists, undergraduates, camp staff, philanthropists and seniors (including a special event for Holocaust Survivors). In some cases, the event has had multiple guest speakers. At a day-long event, for example, Greg & Nobel Peace Prize honoree Elie Wiesel were the two guest speakers. 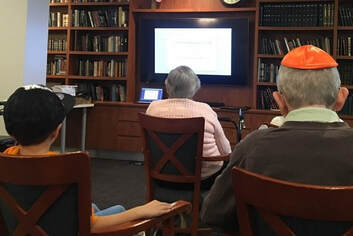 The books, workbooks & posters based on his story have been used by schools, synagogues, companies & organizations -- getting copies for Sunday School classes, Bar Mitzvah students, Tikkun Olam projects, teen philanthropy programs, faculty/staff development, donors, Boards &/or as part of their community outreach. Locations like U.S. Holocaust Memorial Museum & National Museum of American Jewish History have selected the books for their on-site stores. In some cases, a group has used the books - and - had Greg speak at an event. For instance, a program for Jewish teens got the books & had Greg serve as Scholar-in-Residence for their Shabbaton Retreat. During the pandemic, Greg has partnered with synagogues & other Jewish organizations on long-distance activities.